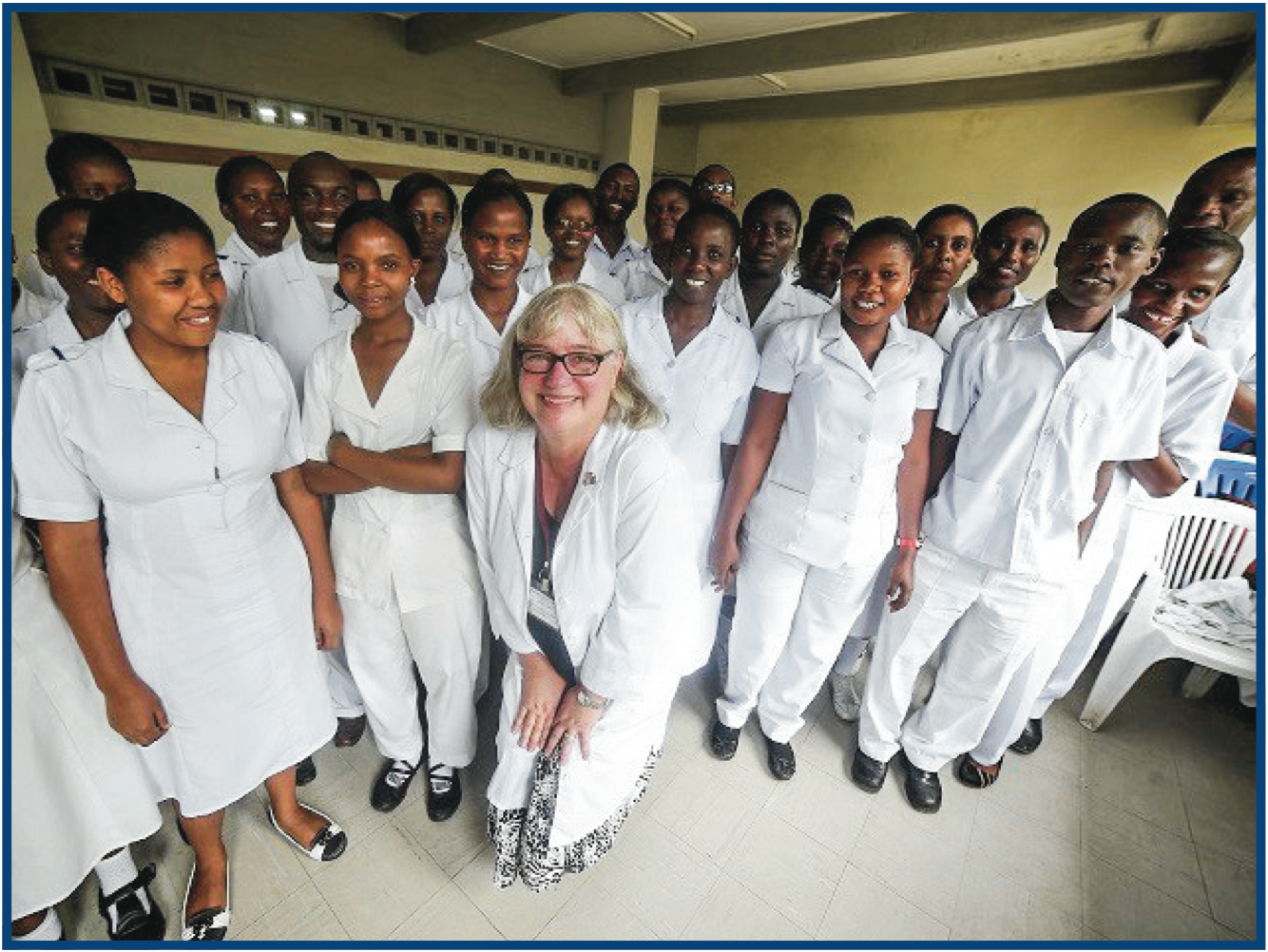 From serving as a Peace Corps nurse in Africa to teaching nursing and midwifery in Tanzania to serving as Deputy Chief Nursing Officer for Seed Global Health, Linda Jacobsen, CNM, CFNP, MPH is a true example of taking the passion of caring for women and families to communities around the globe.

Linda Jacobsen recently returned to the U.S. after serving for a year teaching nursing and midwifery in Tanzania as part of the inaugural class of the Global Health Service Partnership (GHSP) volunteers. The GHSP program, a unique public-private partnership between the U.S. Peace Corps, the U.S. President’s Emergency Plan for AIDS Relief (PEPFAR), and Seed Global Health, places U.S. physicians and nurses on faculties at medical and nursing schools in Malawi, Tanzania and Uganda, to support educational capacity development aimed at long-term health system strengthening. Since ending her service, Linda has become a Deputy Chief Nursing Officer for Seed Global Health in which she helps to recruit and train new nursing volunteers for service.

While Linda was a Peace Corps nurse in Africa in the late 1970s, she experienced a crisis when delivering pre-term twins, which motivated her to study midwifery. She then sought out other midwives who worked abroad, and found that many studied and served with Frontier Nursing Service (FNS) and were trained to provide comprehensive care. So Linda returned to the US and continued her education in a cohort of ten nurse-midwives who trained and served with FNS in 1983-1984. Three graduates from her class were involved in international nursing and continue to support each other in their leadership roles. Leaders like Kitty Ernst and FNS Dean, Ruth Stevens, fostered professionalism and trained the students to meet challenges successfully, which became a life-long habit of Linda’s.

Linda and her classmates forged leadership roles wherever they served in their careers. After training at FNS and earning her masters at University of Washington School of Public Health, Linda served in U.S. public health programs, primarily in rural and underserved areas in the state of Washington, while she raised a family. She has been a clinician, family planning consultant, public health program manager, clinical preceptor and implemented a project that integrated HIV screening in Title X family planning clinics.

When their children left for college, Linda and her husband searched for an opportunity to serve together in Africa and discovered the GHSP program. As Seed Global Health’s Deputy Chief Nursing Officer, she returned to Tanzania in November 2014 to mentor current GHSP volunteers serving in the field. In Tanzania, nurses train at the diploma or bachelors level and learn midwifery in their standard nursing program.

Remembering her years at Frontier, Linda recalled working from district centers, visiting families in log cabins, and escorting sick patients from remote areas as part of ambulance transport teams. She remembers the hospitality and warm manners of the people in the Kentucky mountain communities and found that similarly, people in Tanzania are also very gracious and reach out to form relationships with each other. Due to a lack of resources, Tanzanian patients tend to come for care more acutely ill than rural U.S. patients. Women are especially vulnerable; only about half those who are pregnant actually make the targeted four prenatal visits, and many are not tested for HIV because they don’t have access to testing facilities.

Trained healthcare workers in Tanzania are in short supply, and even medical centers must ration resources. However, Linda was encouraged to see, when observing student presentations in a village, that the students engaged with the villagers and leaders about how their needs might be addressed and that the villagers responded by bringing the nurses food. There, as in Kentucky, addressing patient and rural community needs at the local level is vital to promote overall health. Linda is proud to be a FNU graduate with international experience, and pointed out that FNU graduates are willing to make difference where there are huge needs for health care.