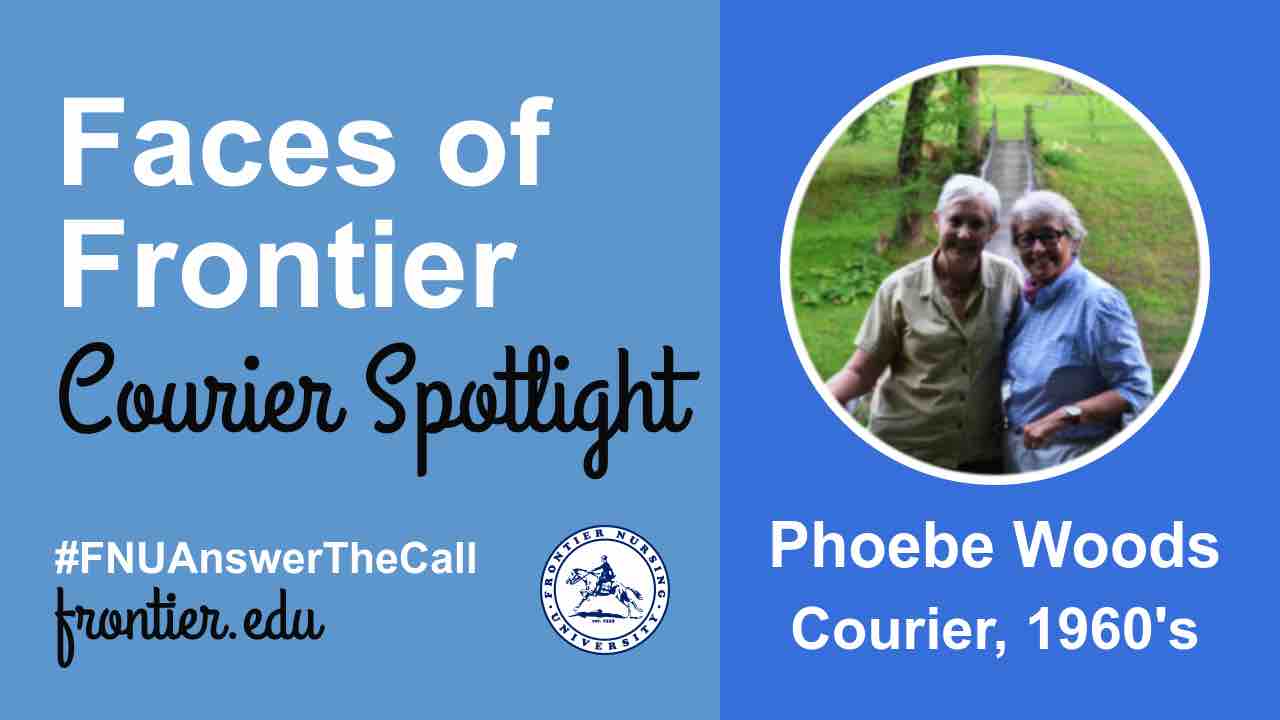 Phoebe remembers her first morning in Wendover, when she was awakened at 5 a.m. by someone in her room. It was a bit startling, as she recalled. As it turned out, it was an older gentleman named Henry. He and other FNS staff often did this to new Couriers as practical joke on their first morning there. Henry was doing his job and after that day, he came to her room every morning to light the coal fires so that Phoebe would stay warm.

At the beginning of the summer, Phoebe picked out her infamous khaki pants and white polo from the “Courier grab bag” in the Garden House basement–something that had been around since the time that her mother was a Courier.  There were khakis in the grab bag that dated back to the 1940’s and 1950’s. The Couriers were able to choose whatever clothing they needed from the grab bag and returned the items at the end of the summer.

As a Courier, Phoebe drove the FNS jeeps, cared for the horses and other animals, ran errands to prepare for tea and sherry hour, and even remembers shooting rats in the town dump, which was not something all Couriers did. Her favorite part of the day was exercising the animals. One day, Phoebe used Molly the Mule to plow a very steep hill by the garden, one of the most tiring tasks that Phoebe volunteered to do as a Courier.

There was no veterinarian at Wendover, so when there were emergencies with any of the animals, Phoebe volunteered to fill this role. She remembers giving medication to a sick cow and a shot to a farmer’s pig.

“I was always willing to do any weird, unusual thing…I was loving this life out there and anything I could do that was different or unusual, I was happy to do it,” she recalls.

After her summer as a Courier, Phoebe stayed at Wendover to serve as the Christmas secretary, a position that her mother had once held, as well. She remembers receiving truckloads of presents from all over for new mothers and families. Phoebe organized the presents by gender and age and loaded the truck according to what the members of the community might need.

Phoebe became close friends with a fellow Courier, Effner Tudor, who also spent a large amount of time at Wendover as a Courier. When both Phoebe and Effner had finished their service at Frontier Nursing Service, they traveled around the United States and Canada together for three months, driving from state to state and camping out.

As she was growing up, her mother and other women around her did not work. Wendover was Phoebe’s first exposure to women working, and not only were the women working, they were running things. People came from all over the world to see how well the women at Wendover ran Frontier Nursing Service. This astonished Phoebe and made a lasting impression on her!

Phoebe’s time as a Courier profoundly influenced her life in many ways. In fact, Phoebe reflects, “There are very few things in my life that affected me more than FNS.” The Courier Program empowered Phoebe as a woman personally, professionally, and even inspired her continual love for Khakis.