Jess Rice learned about the Courier 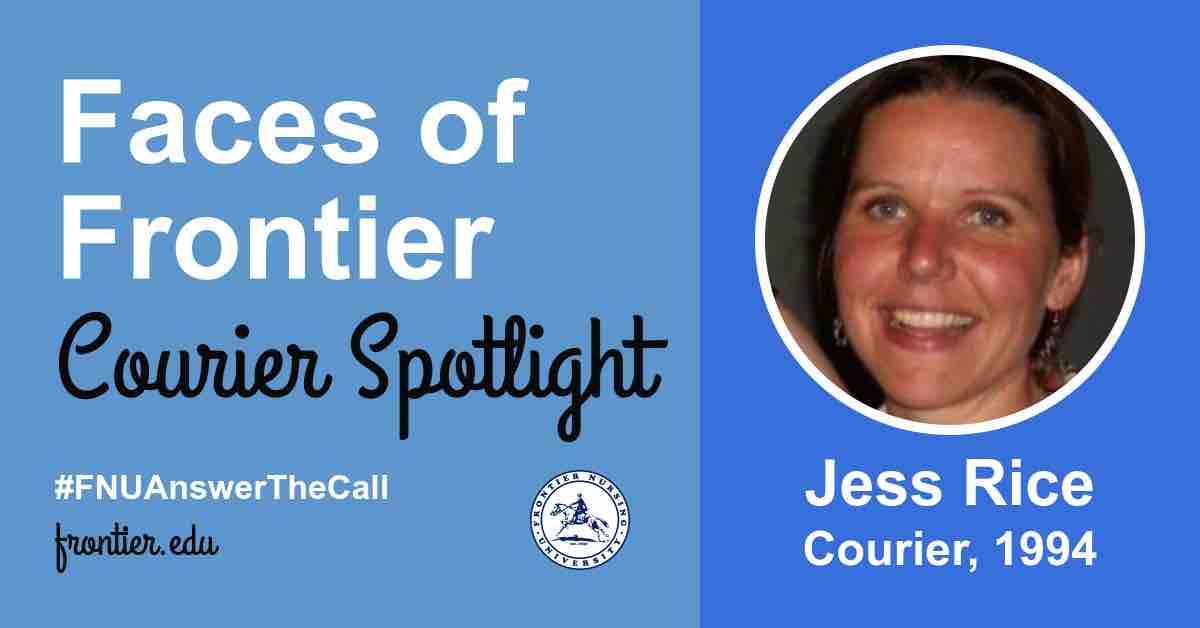 Program from a friend who had been a Courier the year before. She was just out of high school and was looking for an opportunity to explore an area outside of her hometown.  She was interested in the program, and so she traveled to Wendover in 1994 to serve as a Courier.

As a Courier, Jess drove lab samples and other medical supplies between three hospitals. She shadowed a home health aide on home visits as well as many nurse practitioners. She also had the opportunity to observe a surgery. The surgeon was playing Pink Floyd throughout the operation. “I thought—oh my god, they are rock and rolling while doing surgery, how scandalous!” That surgery was an experience that Jess will never forget!

Jess lived in the Garden House while she was a Courier. She would sit on the front porch, play guitar, and spend time with other Couriers. Jess came from a sheltered, fundamentalist background, and one of the most life changing experiences for her was meeting college students from all over the country. They were seniors in college and Jess was just out of high school. She was awestruck, and she learned a lot from spending time with them.

She also learned to drive stick-shift while she was in Wendover. She remembers it was particularly difficult because of all of the hills in the area. She was determined to learn to drive stick-shift after she was invited to a religious service by a Minnesota woman. Jess did not want to stand her up so she decided to just do her best driving one of the FNS jeeps.

Jess spent a lot of her time getting involved in the community, but she enjoyed spending time by herself as well. She also spent time with Sherman Wooten. They made a stool together, she attended a fish fry at his house, and she remembers one time when he killed a copperhead with a shovel. After she left Wendover, Sherman would send her postcards every once in awhile that said, “Sherman Wooten, since 1910.”

Some of her most memorable experiences were the Fourth of July games—coon on a log and the green pig contest in which some 8-year-old boys wrestled a giant pig to the ground. It was amazing to her.

“It was a good place for someone like me to get exposure to a lot of things in a safe place.  At the end of the summer, I was emotional about leaving. I did bond with that group,” Jess reflected.

After finishing the Courier Program, Jess did end up returning home and attending school in her hometown. However, she believes all of the different experiences as a Courier stayed with her. Inspired by her adventures in Wendover, she spent some of her summers as a hiking guide in Colorado.  Her experiences as a Courier made Jess more willing to experiment, be adventurous, and take risks.

Jess ended up working at the American Red Cross for a year before pursuing a biology degree. However, she ended up steering more towards outdoor education, and she worked in the school system for a little while. A little later, she worked in the solar industry.

“It’s been a winding road, and I have not had a direct career path.”

Just recently, Jess finished her Certified Nursing Assistant program and is now working on her Bachelor of Science in Nursing. She believes that her experiences in the Courier Program, shadowing clinicians have stuck with her. Even if she doesn’t have distinct memory of it, these experiences inspired her to follow this healthcare path.

Not only did the Courier Program impact Jess’s ultimate career decision, it enhanced her life in many other areas as well.

“The biggest impact of the Courier Program is that I got my mind expanded in general. Not necessarily in healthcare or particular pieces of information. It was kind of a mind expanding experience for me in general.”