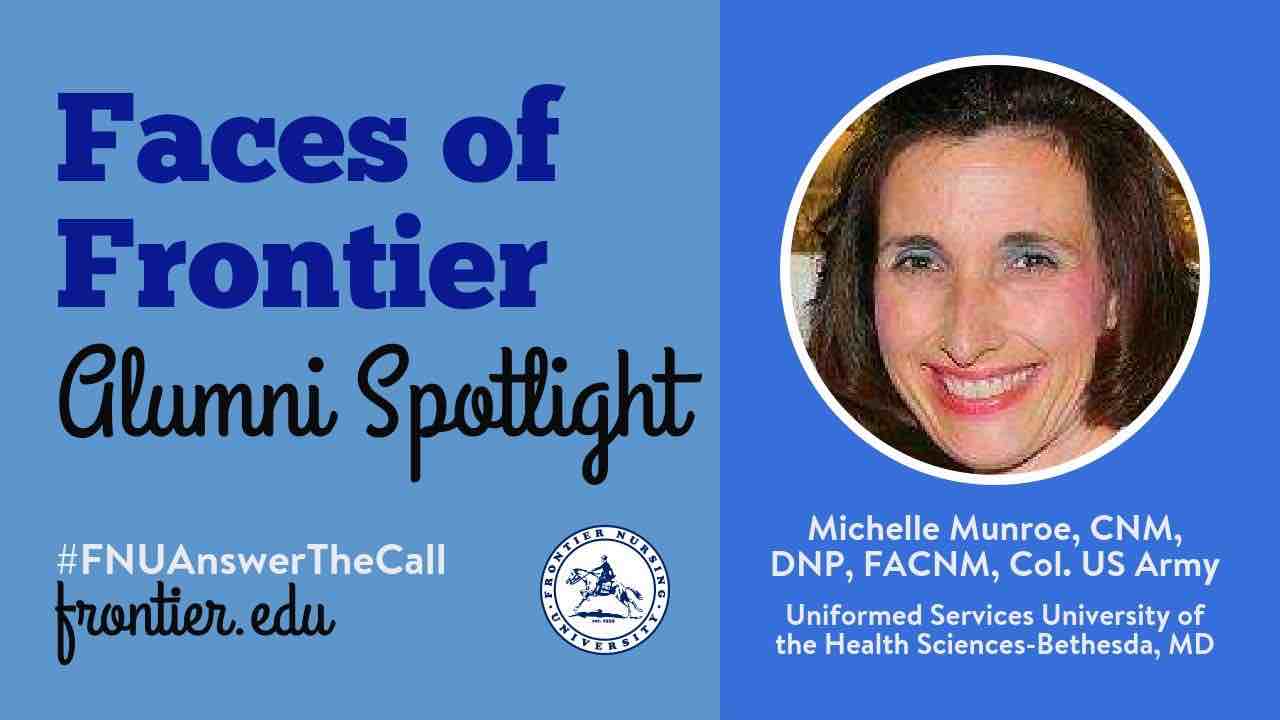 to have alumni that are not only using their passions and skills to serve the underprivileged, but also their nation. FNU graduate Michelle Munroe, RN, CNM, DNP chose FNU to continue her education and pursue a Doctor of Nursing Practice (DNP) degree while retaining her work in the U.S. Army.

Michelle’s work in the medical field began in Texas in 1992 at the Brooke Army Medical Center where she served as a nurse. After working her way up to an Emergency Nurse at the Darnall Army Medical Center and working in Labor & Delivery, she decided to pursue a degree in Nurse-Midwifery, which she obtained from the University of Maryland Baltimore in 2003.

As a Certified Nurse-Midwife, MIchelle soon landed a job on the Hawaiian Islands as Midwifery Chief at Tripler Army Medical Center. From there she worked in the OB/GYN Department at the Madigan Army Medical Center before spending a few years as a Deputy Commander for Nursing.

In 2009, Michelle was named the Daughters of the American Revolution Anita Newcomb McGee/“U.S. Army Nurse of the Year” (go here for details).

In 2012 Michelle began working in her current position as the Commandant and Assistant Dean for Student Affairs at the Uniformed Services University in Bethesda, MD. She chose to continue her education at FNU beginning in 2013, graduating 15 months later with a Doctor of Nursing Practice.  She also works as an Assistant Professor at Daniel K. Inouye Graduate School of Nursing.

“FNU has a rich history and it was great to learn and experience it from a personal perspective as a student both on and off campus,” said Michelle.

According to the FNU grad, the University’s rolling-start admission process as well as the distance-learning model made it possible for her to continue her work while pursuing her degree.

Thank you, Michelle, for serving our nation and making our community at FNU proud!