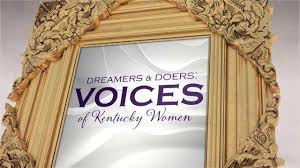 was recently featured as one of 40 women in Dreamers & Doers: VOICES of Kentucky Women, a Kentucky Women Remembered Film Project that brings to light the untold and under told stories of Kentucky women and their achievements.

Breckinridge’s inspiring story is one of determination, perseverance, dedication and hope. From the beginning, Breckinridge viewed nurse-midwifery as central to health care. Her passion for delivering quality health care to underserved and rural populations still resides in the hearts and minds of those at Frontier Nursing University today.

Since the Frontier Graduate School of Midwifery enrolled its first class November 1, 1939, more than 4,000 nurses and midwives have graduated with advanced practice degrees. We are proud to offer not only the longest-running, but also the #1 Nurse-Midwifery program in the United States, as ranked by U.S. News & World Report.

The Kentucky Commission on Women enlisted the help of filmmaker Michael Breeding to launch the Kentucky Women Remembered Film Project. In the film, Breeding shares stories of women from the Bluegrass State who have shaped history and have the potential to inspire future generations. A youth-oriented version of the film is being produced for girls and boys in the 7th and 8th grades.

Watch the segment on Mary Breckinridge in Dreamers & Doers: VOICES of Kentucky Women below-