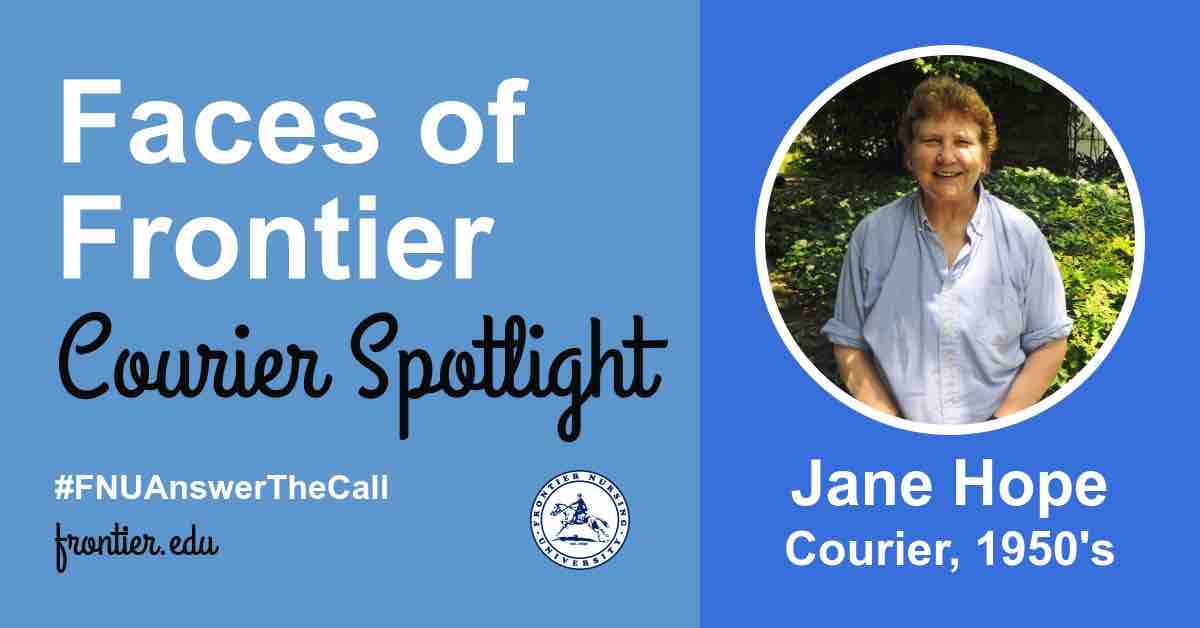 She enjoyed her experiences so much that she returned to Wendover on several different occasions as a senior Courier. Her last visit to Wendover was in 1959. Her mother was a Courier in the 1920s, which largely influenced Jane to participate in the Courier Program as well.

In her first year as a Courier, Jane observed three births, one of which was a birth by cesarean section.  Jane often thinks back to these deliveries and compares them with her experiences giving birth to her own children at her local hospital. She wishes she would have been able to have a midwife during her pregnancies.

Jane has many fond memories of this first year she spent in Wendover and the people she encountered. Jane remembers fixing tea every afternoon and visiting with the other Couriers, a couple of whom were from England. They thoroughly enjoyed the time they spent together at Wendover.

One of the first years Jane returned, she was asked, along with a fellow Courier, to transport a young girl and her mother to the Cincinnati children’s hospital. On the way, the young girl’s mother began to grow anxious so they decided to stop at St. Joe’s in Lexington, which was much closer. Unfortunately, the little girl passed away prior to their arrival. Jane and the fellow courier had to transport the young girl’s body back to the hospital in Hyden, where one of the Frontier doctors was waiting with comforting words. Jane remembers being bothered by this occurrence for some time afterwards but was consoled by the love and comfort of those at Wendover.

The next time Jane was asked to transport someone to another hospital, she insisted that a nurse come along for the trip. They arrived safely in Cincinnati but never made it to the hospital. Jane had a friend who lived in the area so they were able to deliver the baby at her friend’s home. She remembers this trip going much more smoothly than the previous one.

In her free time during her Courier service, Jane took a bus to Richmond, KY. She remembers Richmond as “a wild and crazy place—the entryway into the mountains.”

Her experiences as a Courier made Jane a stronger person. She grew personally as her skills improved. Her love and fascination with the gift of midwifery and her respect for the mountain people were sparked during her time in Wendover. “Doing it made me love mountain people and care about that part of Kentucky… I did not think of mountain people as less. I admired that they were living in their own culture.”