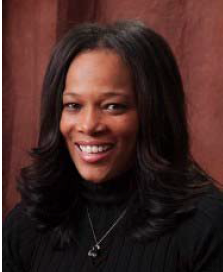 2008 Frontier Nursing University graduate, Jualeah Early, CNM, MSN found her current job with Baby & Co. while she was on a mission—as somewhat of a spy.

As the wife of a basketball coach, Jualeah had gotten used to the moving process and the job-hunting that comes along with it. When she ended up in North Carolina, she was quickly offered a job with a physician-midwife practice, and although the office was a good distance away from her home, she accepted.

When a new birth center opened in her own town, her employers asked Jualeah to attend its open house to scope the new competition. At the Baby & Co. open house, Jualeah encountered fellow FNU graduate Tracy Ryan, CNM, who is the clinical director for all Baby & Co. sites. While Jualeah listened to Tracy talk about the center’s mission, Jualeah couldn’t help but get excited as she realized her passion strongly aligned with that of Baby & Co.

It wasn’t long before Jualeah joined the Baby & Co. practice, finally fulfilling her dream of working as a nurse-midwife in a birth center.

Jualeah had always known she wanted to be a nurse-midwife. She first heard about FNU while her husband was a coach in Ohio in the 1990s. She began thinking about pursuing her dream of becoming a nurse-midwife when she moved to Alabama, but other nurses discouraged her from pursuing midwifery. She was told there were no nurse-midwives in Alabama and she wouldn’t be able to get a job. Soon after, the couple moved to Louisiana where she was told the same thing. Even so, her passion didn’t waver, and she decided to defy all odds and go for it, enrolling in FNU.

After graduating in 2008, she began her work as a nurse-midwife working with a physician as an independent practitioner. She worked under the same arrangement in both South Carolina and North Carolina before finally finding Baby & Co., which allowed her to work in a birth center, as she truly desired.

According to Jualeah, FNU’s distance-learning model was pivotal in her ability to become a nurse-midwife.

We are proud to have alumni like Jualeah representing FNU every day as they deliver quality healthcare to underserved populations.

Keep up the good work, Jualeah!